This recipe uses the Instant Pot for Slow-Cooked Chicken and broth. It’s the simplest of methods for making tender, juicy chicken and broth in the same pot. By using just a quart of water, you’ll get some crispy chicken skin on the top of the chicken for those who like it.

You may say (and you’d be right!) that using the Instant Pot is overkill for this task. However, if I haven’t mentioned this before, I have a pretty small kitchen! The Instant Pot works as a slow cooker here and allows me to pressure-cook garbanzos for hummus and sear meats for curries too.

Hmm …. I hope you don’t think that you can do those things WHILE you are cooking the chicken. I’m sure you don’t, just kidding.

It’s important to me to find the best-quality, pastured chicken, or organic if pastured isn’t available. Pastured chickens have less meat on them than organic ones, so be aware of that in planning how many you will be feeding. I believe that the quality of the meat and of the broth is worth the expense, however. Here I’ve used an organic chicken.

I also believe it’s worth the bother to start with the whole chicken. Certainly boneless meat is convenient, yet meat cooked with the bones is so much more flavorful. And what happens to all those bones? Someone else is making bone broth from them. Why not you?

(I hope you will join me in thinking that the phrase “boneless ribs” is a complete oxymoron.) Isn’t it? But there it is, right on those packages, usually of beef ribs.

The seasonings are light so that the chicken and the broth can be used for a wide variety of meals later on: just salt and herb-pepper mix, plus some apple cider vinegar or lemon juice. The vinegar (or lemon juice) begins the process of dissolving the calcium from the chicken bones and allowing more of the collagen to become part of your broth. You want your broth to “gel” once it cools because of all that good gelatin that has gotten into it.

Once it is cool enough to touch, remove the top layer of crispy skin for anyone who likes it. Then debone the chicken, separating light and dark meat and returning bones and connective tissue to the pot. I use clean rubber dishwashing gloves to protect my hands, mostly because I don’t want to smell like chicken all day, and because I can get to the deboning before the bird has cooled completely.

Notes:  The meat should separate easily from the bones and connective tissue. If not, or if you are using a Crock Pot rather than an Instant Pot, you may need to adjust the cooking time.

Could you pressure-cook the chicken instead? Numerous recipes describe how to do this. We prefer the texture of the slow-cooked meat, and the ability to throw the bones back in the pot to slow-cook for bone broth.

This is the simplest of methods for making chicken broth and tender, juicy chicken at the same time. The Instant Pot makes stewing meats so convenient! By this method, which I just think of as rather lazy cooking, there will be chicken skin for those who like it, and bones for bone broth after.

The meat should separate easily from the bones and connective tissue. If not, or if you are using a Crock Pot rather than an Instant Pot, you may need to adjust the cooking time.

Could you pressure-cook the chicken instead? I have seen numerous recipes that describe how to do this. We prefer the texture of the slow-cooked meat, and the ability to throw the bones back in the pot to slow-cook for bone broth.

Tacos - with salmon seasoned and baked in parchmen

Pickled red onions are so easy to make, a tasty ad

My Low Carb Nut and Seed Bread is Paleo, hearty an

My fresh garden basil and cherry tomatoes are the

Can you guess what fruit this drink celebrates? It 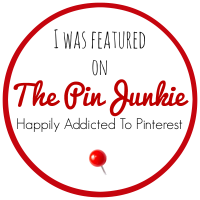